The Barn is featured on PHL17’s IN FOCUS: Autism Awareness

Make sure you check out Emily McClure, our Executive Director, and Dr. Page Buck from West Chester University as they share the work of The Barn on PHL17’s April 21st edition of IN FOCUS: Autism Awareness. 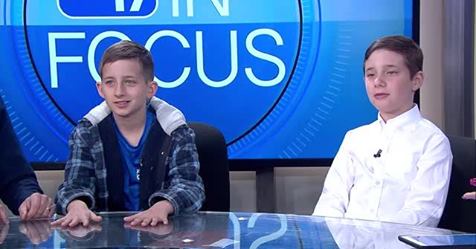 The Eagles organization is in the spotlight for their Eagles Autism Challenge taking place on Saturday, May 19th at Lincoln Financial Field. Ryan Hammond, the program’s executive director talks about the large fundraising event which is expected to attract thousands of people who can run or cycle to raise money for innovative research on this disorder that affects 1 in 68 people. And, according to experts it is one of the fastest growing disorders in the country. Arianna Esposito, a behavior analyst from the Kinney Center for Autism Education and Support – lends her expertise to the topic. And, the Nolte Family is with us. Tom Nolte and his two sons Erik and Luke talk about their experiences with two of their sons who are triplets affected by autism. Their team – which Erik and Luke named – “Team 1 in 68” is fundraising for the Eagles Autism Challenge in May. And, Emily McClure, executive director of The Barn at Spring Brook Farm in West Chester talks about the farm as a healing alternative for people of various abilities. She is joined by Dr. Page Buck of West Chester University who explains the results of research on the bond between humans and animals and how it is helping people including those affected by autism. In Focus airs Saturday mornings at 6:30 on PHL17.